Put on your boots and take walk around the farm. Let us know if we can answer any questions. 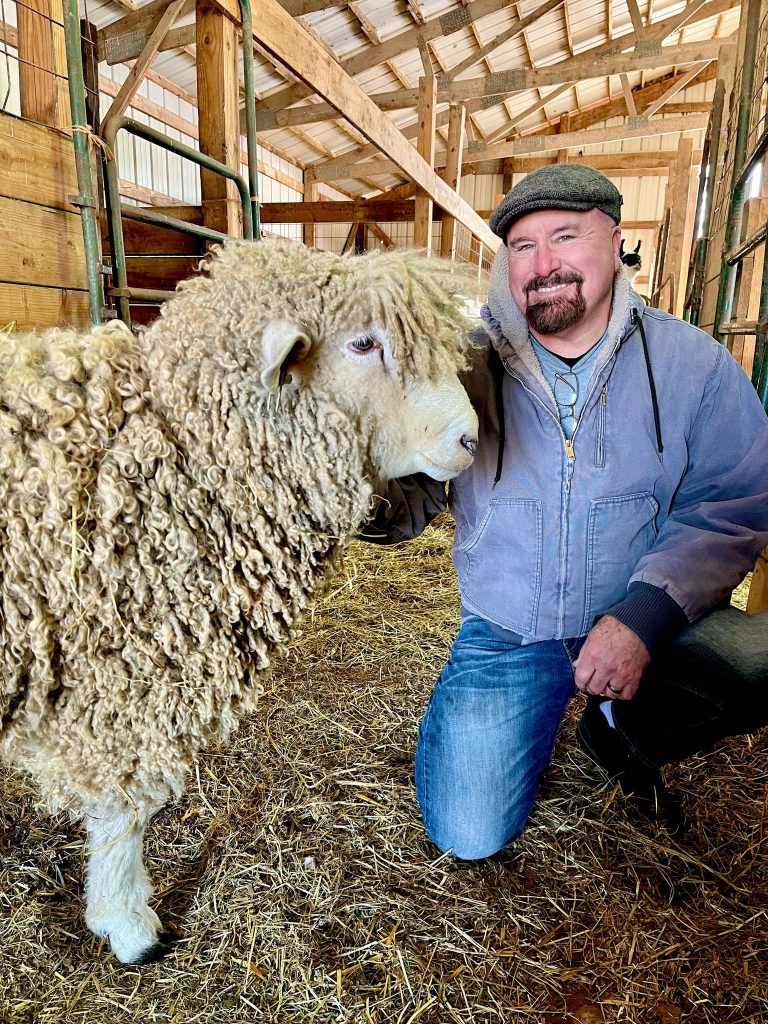 The Lincoln sheep are large sized animals with deep body. They are probably the world’s largest breed of sheep. They may be completely white or colored, including shades of black, charcoal, gray and silver. They are straight and strong in the back and cover thickly as mature sheep. Sometimes, they lack fullness through the leg and appear somewhat upstanding when in short fleece.

Fleece of the Lincoln is carried in heavy locks that are often twisted into a spiral near the end. They have large, lean and well-muscled carcass. They have a larger and bolder head than that of the other long-wooled sheep breeds. Both rams and ewes are usually polled. Average live body weight of the mature Lincoln rams is between 200 and 350 Pounds. And average live body weight of the mature ewes vary from 200 to 250 Pounds.  Lincoln sheep are dual-purpose animals. They are raised for both meat and wool production. But they are specially noted for their wool production. The Lincoln sheep are sturdy animals, but they are usually docile in terms of temperament. The Lincoln sheep is to be considered only average in prolificacy. Because the mature ewes are easy feeders, they sometimes become over-conditioned and do not breed as readily as breeds that have less aptitude to take on fat. These animals are hearty eaters. They make excellent use of an abundance of high-quality roughage or pasture. They are well suited to dry and cold conditions, and they have a level of resistance to footrot. Lambing percentage of these animals is generally around 150 percent. And considering the size of the adult animals, the lambs are smaller in size and few lambing problems are experienced with these animals. Once the Lincoln sheep breed was renowned as a mutton producer, but today it is highly valued as a wool sheep breed for it’s high quality wool.

The Lincoln sheep (also known as Lincoln Longwool) is a dual-purpose breed of domestic sheep originated from United Kingdom.

It is the largest breed of British sheep, which was developed specially for producing the heaviest, longest and most lustrous fleece of any breed in the world.

Today the breed is available in many countries throughout the world. And a huge numbers of these animals were exported to many countries for improving the size and wool quality of their native sheep breeds.

High quality fleece of the Lincoln sheep is in great demand for weaving, spinning and many other crafts. But the breed is pretty rare in Britain, and categorized as ‘at risk‘ by the Rare Breeds Survival Trust. And there are fewer than 1500 registered breeding Lincoln ewes available in the United Kingdom. The Lincoln sheep is a pretty old breed. And it is said that ‘the modern Lincoln sheep is the result of crossing the Leicester and the coarse native sheep breeds of Lincolnshire’. The breed was first imported into the United States at the end of the 18th century. But it has never become a very popular breed in the United States. But the breed has had it’s importance in the centralized states and Idaho and Oregon producing purebred, grade, or crossbred rams for use on fine-wool range ewes.

But the breed has been usually more popular in Canada than in the United States. The Lincoln sheep breed arrived in New Zealand in the 1840s, although the main importation was not until twenty years later. And there these animals were used in the water, lower farmland areas like Leicester, where the Merino sheep which was the dominant breed at that time was not suited. And it was the main breed to be used with Merino sheep for developing the Carriedale. The Lincoln sheep was eventually replaced by the Romney sheep in New Zealand, and today total number of these animals has reduced to a few thousand only which are used for crossing for producing the Halfbred.

Currently the Lincoln sheep is available in many countries throughout the world. And these animals were exported in large numbers to Australia, Europe, Ireland, New Zealand, Brazil, Canada and several other South American countries. The National Lincoln Sheep Association was founded in the United States in 1891.

Spin Yarn with Us